Categories Menu
Home » Knights of the Round Table - Woodturner

Knights of the Round Table

Here we praise and honor our knights of the Roundtable! Each week we will introduce a new Knight, Commander, or Member of King Arthur’s Tools. 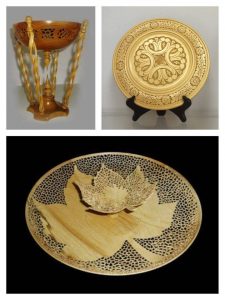 This week, we feature Margaret Garrard as Knight of the Round Table! Margaret Garrard is a renowned wood turner, her name and reputation acknowledged across the globe. Garrard found her soon-to-be life passion in 1995 in a friend’s garden shed, where she turned for the first time. She soon joined the Jorvik woodturning club and excelled gracefully in talent and ability. Garrard then became a member of The Association of Woodturners of Great Britain in 2001 and in 2002, turned to a specialization in involuted woodturning. She has studied with internationally known artists such as Mick Habury and Alain Mailland, further allowing herself to grow into the woodturner she is today.
Garrard lives in Swaledale, one of the more celebrated of the Yorkshire Dales in northern England. Its beautiful landscapes serve as inspiration for this creative and brilliant artist who doesn’t hesitate to think out of the box. Her pieces are elegant, innovative, and stunning. King Arthur’s Tools is proud to have such an artist in its circle of friends!

To see more of her work and learn more about this amazing artist, check out her website at http://www.margaretgarrard.co.uk/ 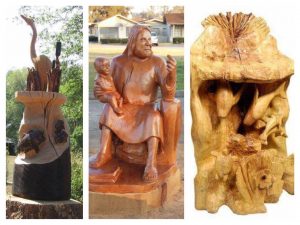 This week we hail John Birch as Knight of the Round Table! Knighted Sir John, He is a close friend and artist of King Arthur’s Tools. He is a local to Tallahassee, yet his renowned work reaches much farther. He creates amazing pieces and artwork, but for this post we wanted to showcase the stunning sculptures featured across Tallahassee and neighboring towns! He is often commissioned to turn existing nature into beautiful and graceful sculptures. Recently, he was commissioned to bring new life to a live oak tree situated outside the Leroy Collins Leon County Public Library and was featured by the Tallahassee Democrat (see link http://www.tallahassee.com/story/entertainment/2016/04/09/chainsaw-artist-john-birch-makes-ordinary-extraordinary/82757660/ ) He has many pieces similar to this yet with each comes it’s own presence and individuality. Birch’s works are detailed and perfectly executed! We are honored and humbled to have such a talented artist as part of our Royal Order.

To see more of John Birch, check out his FB page Sculptures by John Birch 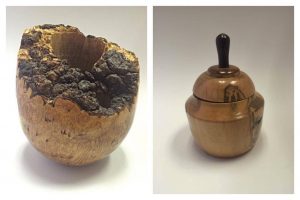 It’s time to introduce this weeks Knight of the Round Table!

Bob Fincher was knighted Sir Bob The Bad in December of 2006 into King Arthur’s Tool’s Royal Order of Knights. He is the 5th Knight we have introduced thus far, and he is one of the nine original worthy and honourable Knights of this Kingdom! In our Guinevere’s Gallery we have several pieces by Fincher, all stunning of course! His style is one that mixes functionality with natural shape and texture. The featured piece on the left is a beautiful natural edge turned bowl; sanded perfectly in some places and allowing for earthy texture and form in others. A perfect balance that many woodworkers aim to achieve is exemplified in this particular piece. The piece on the left is beautifully turned, with smooth edges and shine. We love his work and we are elated to share with you all another one of our Knights of the Round Table! 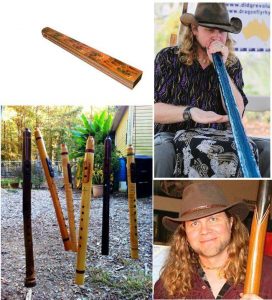 This weekwe are excited to give Lindsey Dank a spotlight in our Knights of the Round Table! Dank, Knighted Sir Lindsey of Libellulidae, is an amazingly talented performer of the didgeridoo, a musical instrument deeply tied to the Australia Aboriginal people. He started playing in May of 2000 and quickly became a widely known performer, playing with DDU (Didgeridoo Down Under) and presenting 2,000 programs across 20 states. He is also known for creating and developing HomeTree creations, where they are “instrument builders who love to play music”. We are honored to have a seat for Sir Lindsey at King Arthur’s Round Table. For more Information on Lindsey Dank, Check out on his Facebook Page HomeTree Creations! 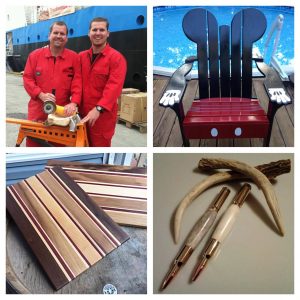 This week we are especially proud to introduce to you one of our dearest Knights of the Round Table; Jerry Hammock, knighted sir Gerald of Buck Lake! For those who are close to King Arthur’s Tools, you know that Jerry is an important player in King Arthur’s Tools. He is the son of Queen Pamela Aveling, and is Senior Vice President. Jerry Hammock, besides his savvy way in the business world, is also a talented woodworker himself. He has always enjoyed woodworking whether it was building decks or furniture, but became interested in power-carving upon joining King Arthur’s Tools in June 2006. He enjoyed the freedom that it gave when using the natural shape of the wood to create bowls and platters. After the opening of Camelot’s Woodworking Studio, he was given the opportunity to work with the turning side, where he discovered he loved turning large platter and bowls. He became fascinated with smaller pieces and details of pens, pepper mills, wine stoppers, and different materials such as antlers, wood, and acrylics. We love his eclectic pieces and talent in various techniques. Pictured below are some of the amazing pieces he’s made, all wildly different. We’re not bragging or anything, but he’s kind of a big deal here at King Arthur’s Tools. A jack of all trades you could say!

Pictured: Jerry with son, Theo. 30 caliber bullet pen made with deer antler. Disney lawn chair, made by Jerry and painted by wife, Lisa. Cutting boards made with different woods. 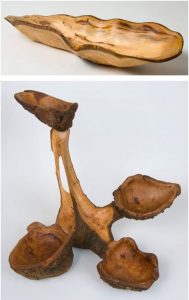 Bob Bocz is this week’s featured Knight of the Round Table! He is another one of our original knights of 9 to be inducted into the Round Table of King Arthur’s Tools. He was inducted December of 2006, and continues to be an honored member of the Royal Family. Bob Bocz, knighted Sir Robert of Talquin, is a talented woodcarver, allowing natural form to shine through in his works. Pictured above are two extraordinary examples of his skill and talent! 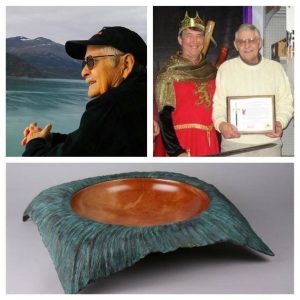 We are honored and excited to introduce Terry Arthur as our first Knight of the Roundtable! He was knighted Sir Arthur in December of 2006; one of our nine original knights. Arthur became interested around November of ‘96 and fell in love with the particular trade of both woodturning and woodcarving. Since then, he has experienced much success in this field. He’s held demonstrations, created a website, and set up a gallery in Thomasville,GA; all of which received praise and popularity. Arthur and his art also appeared in magazines, most notably SQ out of Canada and Spa Magazine out of Dubai. It was simply meant to be. Terry Arthur, besides his incredible skill and talent, is a close and dear friend to King Arthur’s Tools and we send him all the love and appreciation for working with us throughout the years. 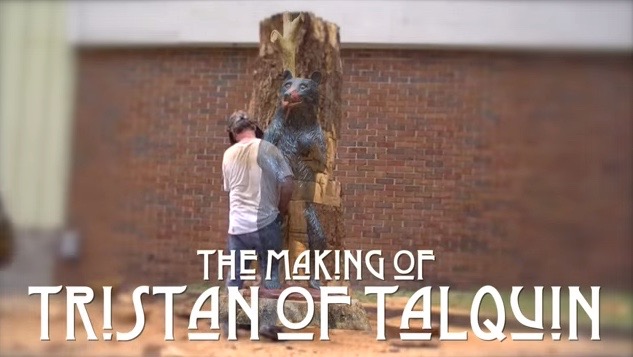